stratoscard.com
How People Want to Pay 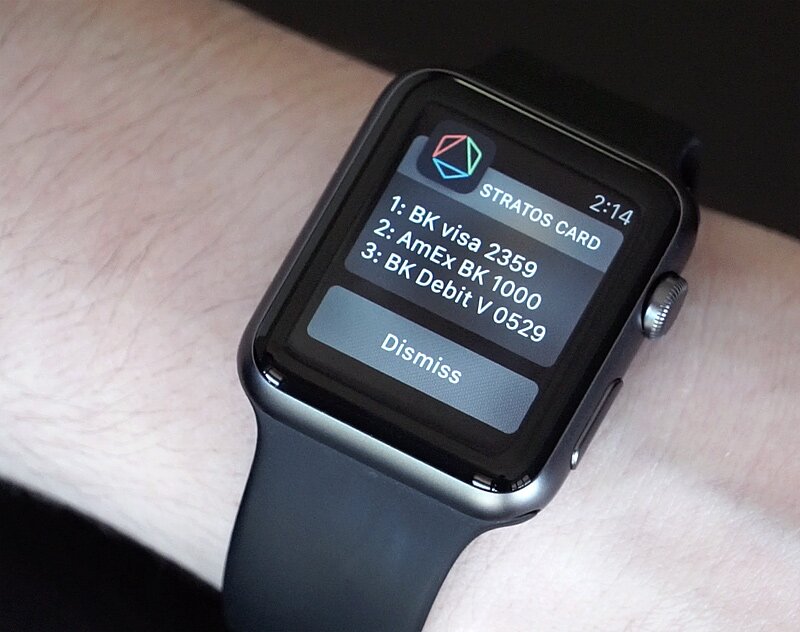 Two of the fastest growing industries continue to work closer and closer together: wearable technology and mobile payments. Items like smart watches have become more mainstream, smart fitness bands continue to pop up on wrists across the world and new videos from wearable cameras are constantly uploaded. Take into consideration that people constantly want to carry less, integrating with mobile payments only makes sense.

At the end of 2014, Stratos conducted a survey that took a look at the wearable industry and mobile payments. Approximately three out of four smartphone owners had their eyes set on purchasing a new wearable device entering 2015. Of those, fitness bands garnered the most interest.

Merging the two worlds, 43% of users wanted the ability to make mobile payments with their wearable device. As this year has already seen, more and more options to pay with varying accessories has emerged to attempt to meet this trend.

When it came to specific devices, however, two stood out. Around 49 percent of respondents preferred an all-in-one payment option in a traditional card form, with mobile devices coming in second at 32 percent. Despite a bevy of new devices, it was the comfortability of paying in the most familiar form that lead the way.

With 2015 halfway over, we’ll continue to gauge the industry’s mindset. Will it change as mobile payment options become more widespread? Will new security concerns slow down the transition? Only time will tell.